Our Team is a group of talented professionals with a combined of over 60 years’ experience in Corporate America and other ventures, specializing in leadership, corporate culture, business and facility consultation, financial consultation, DEI initiatives and community engagement. 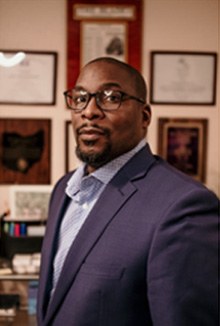 Terry served as the Director of Facility Operations for the LEED Silver Class A building of La-Z-Boy, Inc. in Monroe Michigan for six years where he was responsible for delivering first class service to occupants and guests that meet the needs of a dynamic and growing culture. Additionally, Awls oversees various corporate vendors and departments including housekeeping, security, landscaping, maintenance, travel and mail services. He manages a $5 million operational and capital expenditure budget to deliver a safe, secure and environmentally sound facility.

Prior to joining La-Z-Boy, Awls spent four years as corporate facility manager for the LEED Platinum building of Health Care REIT, Inc. in Toledo, Ohio. In this role, he was responsible for all property management and maintenance aspects and delivering hospitality services associated with the company’s corporate headquarters.

Past experience includes serving as one of the youngest general managers for Sylvania Country Club, one of the finest country clubs, in Northwest Ohio. Awls also broke barriers by becoming the first African American to hold this position. There, Awls oversaw a staff of six department heads, 120 employees and a $3 million annual budget. Areas of responsibility included clubhouse, maintenance, kid’s camp, food and beverage, locker rooms, tennis and pool.

Awls started his service career with Inverness Club in Toledo. He spent 12 years with the club and held various positions of increasing responsibility including Garde Manger Supervisor, Banquet Supervisor and Service Manager. During his tenure at Inverness, Awls worked the 1993 PGA Championships and the 2003 U.S. Senior Open and is a former USGA and CMAA member. Awls also served as a Past President for the NWO Local Chapter of CMAA (Club Managers Association of America)

He graduated from Monroe Community College where he specialized in culinary arts and business management, and where he was awarded the Escoffier scholarship for top culinary student; he was named to the USA Today All – USA Academic team; and is a current Phi Theta Kappa member. He is currently a member of the Building Owners and Managers Association (BOMA), International Facility Management Association (IFMA), and the United States Green Building Council (USGBC).

Awls has a passion for coaching basketball and has been involved for 20+years. In June of 2019, he traveled to the Dominican Republic as a coach for American Team Sports, representing the USA. Awls is currently coaching in the Hopson Elite 17U AAU program as well as the JV Head Basketball Coach for Lourdes University. He has earned his USA Gold basketball certification and Interscholastic Certification through the National Federation of High Schools. Awls 17U Ohio Celtics won a Silver Medal in Canada in 2019, as well as US Amatuer Basketball National Championship in 2019 as well. Awls was an inductee of the 2009 Birmingham Hall of Fame class and was a 2013 Jefferson Award nominee. Awls also coached golf for seven years at St. John’s Jesuit High School. Awls was honored by Morrison R. Waite High School with the 2018 Distinguished Alumni Award for Community and Business.

Beyond work and sports, Awls works to serve his community in various ways. He established the Joyce Lee Awls memorial scholarship in honor of his late mother for students who wish to enter the hospitality field. In addition, he serves on the AAA Board of Northwest Ohio, the ProMedica Children’s Hospital Board, Boys and Girls Club of Northwest Ohio and is on the Monroe County Community College Culinary Advisory Board. Awls also served on the African American Leadership Council (AALC) for the United Way. He is currently working with a Motown Publicist and author Tajuana Ross on a book deal about his life story.

Awls has been featured on several national and local TV shows and in local papers and during his career, including: The Coco Melvin Show, Gigi I am Show, 102.9 Fairways & Greens Show with Bob Steele, 1370 WSPD with Fred Lefebvre, Roundtable with Jeff Smith, Bridges with Doni Miller, The Sojourner Truth and The Toledo Blade. Awls is also the 2018 nominee for the Leukemia & Lymphoma Society Man of the Year.

Terry and Annika reside in Sylvania Ohio with their have five children, Jasmine, Cameron, Braden, Amanda and Adin. 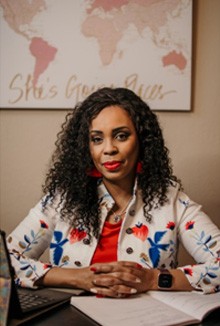 Annika N. Awls, Managing Partner for Legacy Partners of Northwest Ohio LLC is best known for her strategic and motivational leadership in corporate and social teams and is also an advocate for women’ well being.

In 2010, Annika became an active member of The Life Center International Fellowship, Inc. (TLC) in Florida as a youth minister over the Elegant Elite Program (EEP). The EEP was organized to mentor and guide the youth of the local communities in a positive and loving future. Annika has also been involved in women’s ministry at her local churches in Florida and now in Ohio. She served at Cornerstone Church and is a part of the Inspired team led by Pastor Kathi Pitts, responsible for the annual women’ conferences.

During her Leadership Toledo, Class of 2019, Annika was able to connect with different aspects of our local community. When she became an asset to the Toledo Community Foundation, Annika brought over 20 years of experience in the financial and accounting field from Well towers, Taurus Investment Holdings and many others with large investment portfolio of over $300 million. In her many roles, she honed the skills of Strategic Planning, Collaboration and Engagement as well as Organization & Time Management.

A speaker and trainer as well, Annika focuses her attention empowering, enriching and educating over 65 women of the importance of self-care and stewardship. 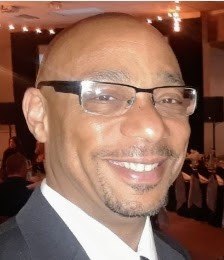 Over a twenty plus years career in Indirect Sourcing, Ed has held Sourcing positions with several Fortune 500 Companies covering industries including Consumer Goods, Automotive, Telecom Equipment and IT Services. He successfully worked with executive and rank and file level employees as an outside consultant and internal employee. His expertise includes spend analysis, strategic sourcing, negotiation, supplier management and cross functional team leadership. While much of Ed’s career has focused on the IT category (hardware, software, maintenance, network, cloud, hosting, print, telecommunications, technical services, and leasing), Ed has covered all areas of Indirect Spend and developed overall category strategies, supplier scorecards and supplier management, conducted sourcing events, negotiated agreements and in some instances implemented and maintained the selected solutions he has successfully sourced and negotiated.

Ed has earned his Master’s in Business Administration, focus on Global Management, from the University of Phoenix and a Bachelor of Science degree, focus on Computer Science, from Eastern Michigan University.

In fall 2020, Rev. John C. Jones was named HOPE Toledo president by the HOPE Toledo board, which is chaired by Wendi Huntley, Esq. As a Toledo native, Jones knows first-hand the impact quality education can make on an individual, a family and the broader community.

Prior to taking the position with HOPE Toledo, Jones served as the community liaison for ProMedica with its Social Determinants of Health office. In that role, Jones served the community through the development of mentoring programs, as well as training and placement of youth, young adults and others. During his tenure, he also focused on education and was instrumental in developing the vision for HOPE Toledo.

Previously, Jones served as the President and CEO of the Greater Toledo Urban League. John is also an ordained minister and serves as an Associate Minister at the Christian Temple Baptist Church under the leadership and pastorate of his father, Rev. Charles E. Jones.